Saturday, January 16, 2016, I had the privilege to have lunch with Peterson Outdoors Ministries during their Wounded Warrior Duck Hunt. Josh Carter, my son Jace and I drove over to Kansas from Carthage, MO to deliver cookies for their lunch. 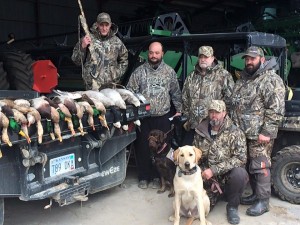 I had never attended a Peterson Outdoors Event so I really didn’t know what to expect. I went to serve and to try and be some sort of encouragement to those warriors Peterson had invited to take part in the hunt. We arrived about 45 minutes before the guides and former soldiers came in from the blinds. So we had time to see some old friends and kind of get a feel for how the weekend was going.

completely enjoying themselves as they recounted the stories of the blind. The ducks that were missed, and the ones who weren’t, the geese harvested and the camaraderie in the blinds. Feeling a little like an outsider we gathered our plates and sat down to enjoy lunch with these awesome folks. 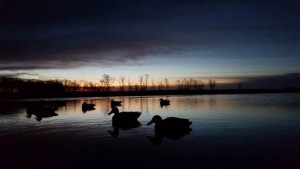 Only a few minutes into our lunch I met a former soldier who had been to previous Peterson hunts and in a very short period of time I found myself having a conversation with someone who just a few minutes ago I had never met. As our conversation went on and I learned more and more about his life and story and how he had come know Peterson Outdoors I sat in amazement at how someone could survive so much struggle and pain and injury not just to his body but to his soul. His story of survival was nothing short of miraculous. In our conversation he mentioned Tron Peterson, the founder of Peterson Outdoors Ministries, no less than 20 times. It was obvious that this ministry had grown to mean a lot to him and his respect for the Tron and POM was 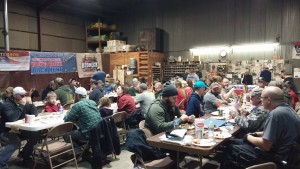 Our conversation lasted about 45 minutes and in it I learned so much about him and his tours in both Iraq and Afghanistan. I heard his heart for God, saw his character and heard a miraculous story of grace accepted but just as importantly I saw how powerfully God is using the folks at Peterson Outdoors. He is using them to show this amazing group of warriors the love and grace of God.

Honestly, I spent much of my time on the ride home just trying to process all that I had heard and witnessed and I’m not sure I’m there yet. But one thing I know without a doubt is that I support this benefit and this ministry more now than ever.