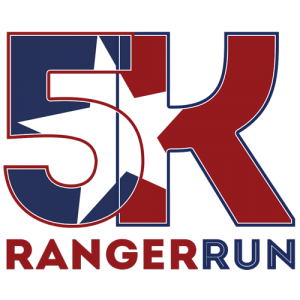 Why a Ranger Run? Well, simply stated cause it sounds hard and fun.  The Army Rangers are one of the most elite military forces in the world and what they do is hard.  To honor their hard work and commitment we’ve created a run that represents their initial efforts to get into the first phase of Ranger School.  This gives us just a taste of what they endure to be called an Army Ranger.

What makes this “Modified”?
The modified version of this competition is designed to allow the participants to perform adapted standards and not the “military” standards of the full version.  It would break down in the following ways:

1. Push-ups-done from the knees. The same full arm extension will be required but the push-up is performed from the knees.  This movement scales down the intensity of the push-up.
2. Sit-ups-crossing the arms in front of the chest.   In the “military” 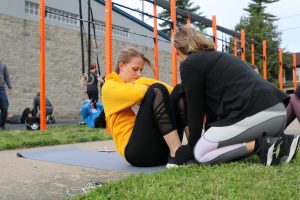 standard, the sit-up is required that the chest touches your knees.  The “modified” version allows the participant to simply touch their arms to their knees to complete a repetition.
3.  5K Run-the scores for the run will be the same as the “Full” version of the RangerRun.
4. Pull-ups-done from rings on the pull-up rig.  The adapted or “modified” movement allows the participant to perform pull-ups while their feet are on the ground. Details and demonstration videos coming soon. 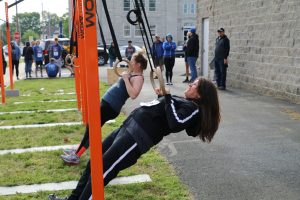 What does the order/process look like?
In an effort to keep the competition on equal footing we will do each aspect of the Ranger Run in the same order the Ranger Candidate would do them with one exception.  You will be instructed to partner up with someone of the same gender.  Each person will receive a scorecard in their race packet.  The scorecard will be handed to your chosen partner and they will count the number of push-ups done in 2 minutes and then you will switch.  You will then do the same thing for the 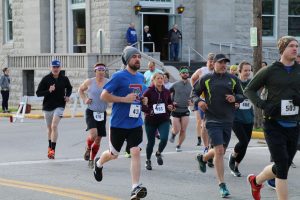 How does the scoring work?
In the military, the score for Physical Fitness Tests moves along a sliding scale based on age and the number of repetitions in each exercise performed, i.e. a male who completes 77 Sit-ups in 2 minutes and is in the 27-31 year old age group would score 100 pts.  Our scoring will work the same way across all aspects of the Ranger Run, Push-ups, Sit-ups, 5K Run and Pull-ups.

Bonus points are available to a person who is able to complete more than the number required for their age/gender group to receive 100pts.  Using the same example as above, the male in the 27-31 doing 77 sit-ups in 2 minutes would receive 100 points in the sit-up portion of the race.  With the bonus points, a competitor would receive 101pts for 78 sit-ups, 102pts for 79 sit-ups, 103 pts for 80 sit-ups etc, etc, etc. There are no bonus points for the 5K run. 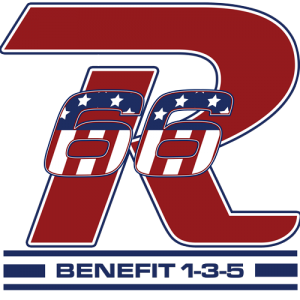 Well, there is it.  Like I said before the race isn’t complicated but I am certain it’ll be hard.  I can’t wait to see you…until then.